Tech writer and Third Culture Kid Annie Young breaks her engagement to Roger Perret when he ‘forbids’ her to take an assignment documenting a Paris dig supervised by her old lover, archeologist Luca Martinelli.
The dig, at the site of a thirteenth-century inn, has a tight deadline before new construction starts.
Amelie LaFolette, another dig volunteer, is found shot on the site. Because Luca had been her lover and is in the process of a divorce from his long-suffering wife Crystal, he is a prime suspect.
In the fourteenth century, Jacques Fournier, promised to the priesthood at birth, is a dedicated Cistercian brother/scholar. His uncle, abbot at the abbey in Fontfroide where Jacques is cloistered, sends Jacques to Paris to complete his studies and have a real-world experience. Once there he becomes infatuated with Madeleine, the daughter of the inn-keeper, where he is lodging. Her attractions test his faith.
Annie is caught up in the modern drama while helping to unravel the past. 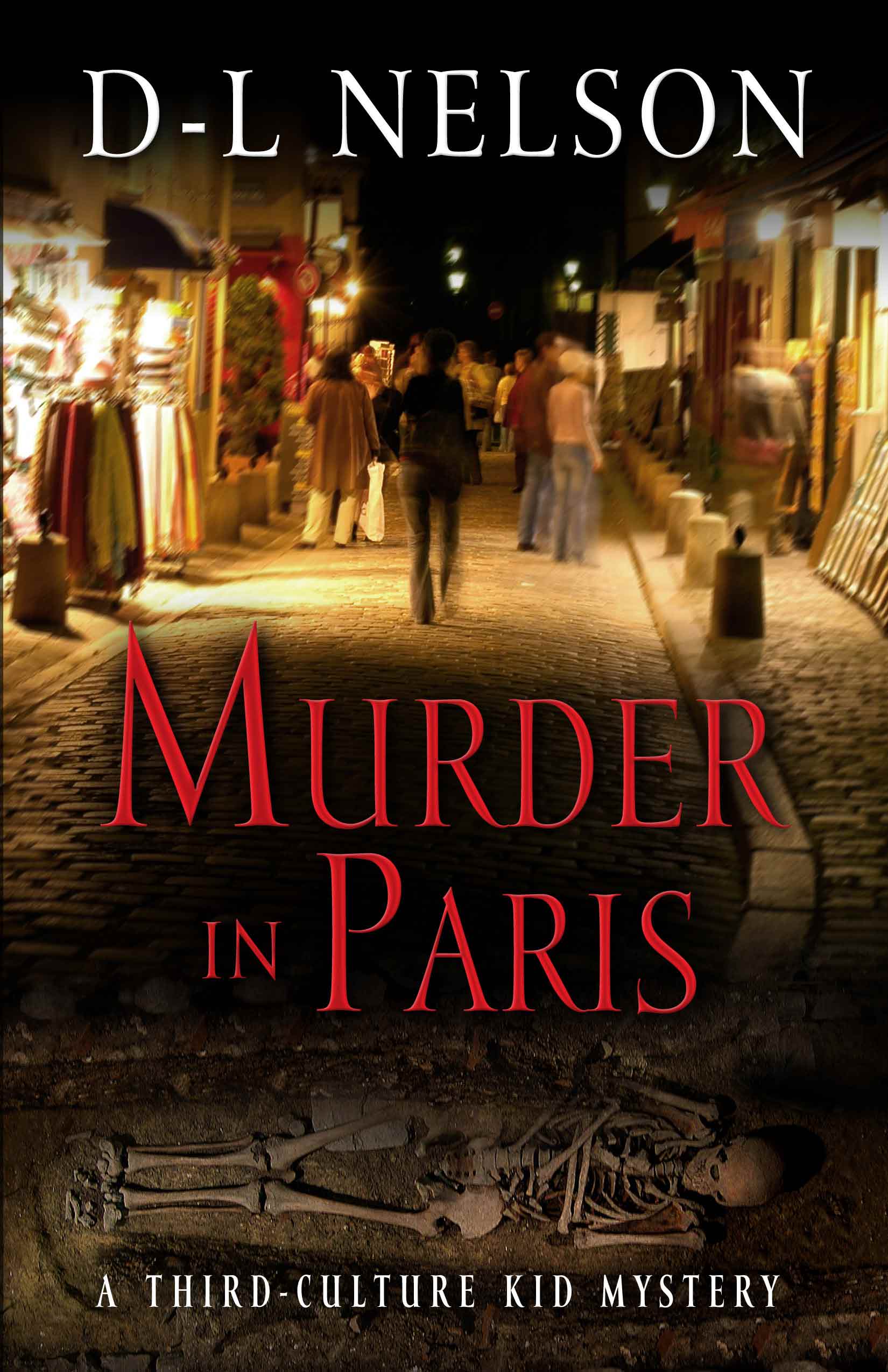 The heat of a Paris summer provides the backdrop for Nelson’s engaging fourth Third-Culture Kid mystery (after 2012’s Murder in Geneva). Tech writer Annie Young’s determination to take a freelance job documenting an archeological dig run by her Italian lothario ex-lover, Luca Martinelli, causes enough friction to end her engagement to Argelès-sur-mer police chief Roger Perret. Luca is not only leading the excavation in Paris’s Latin Quarter but is also sharing her borrowed apartment. When attractive but not-well-liked team member Amelie LaFollette is shot to death at the dig, police detective Marie-Claude Du Pont investigates. Suspicion is cast on the amorous Luca as well as other coworkers with access to the site and its potentially valuable contents. Flashbacks to a 13th-century monk-in-the-making, Jacques Fournier, enrich the contemporary storyline, which builds to a satisfyingly untidy resolution.