Third-culture kid Annie Young-Perret is in Ely (UK) to read from her book Hilke Fulmer: A Swim to Safety while visiting with old friends Janet and Rod MacKenzie when her new husband, Argèles-sur-mer’s police chief Roger Perret, has a heart attack. Then another friend is murdered and Rod MacKenzie, the principal suspect, disappears. It is all Annie can do to hold it together as she tries to support her husband and friends emotionally.
Meanwhile, in an Alpine village, the top four bankers in the world meet. Security chief Martin Bruber is caught unaware when a disruption of service attack hits the major banks worldwide, bringing banking to a standstill. Burt Johnson, who had advance knowledge of the attack, is fired for not stopping it. But his mission is not yet complete …
These seemingly unrelated stories will come together as Annie is once again challenged to unravel secrets that lead to murder. 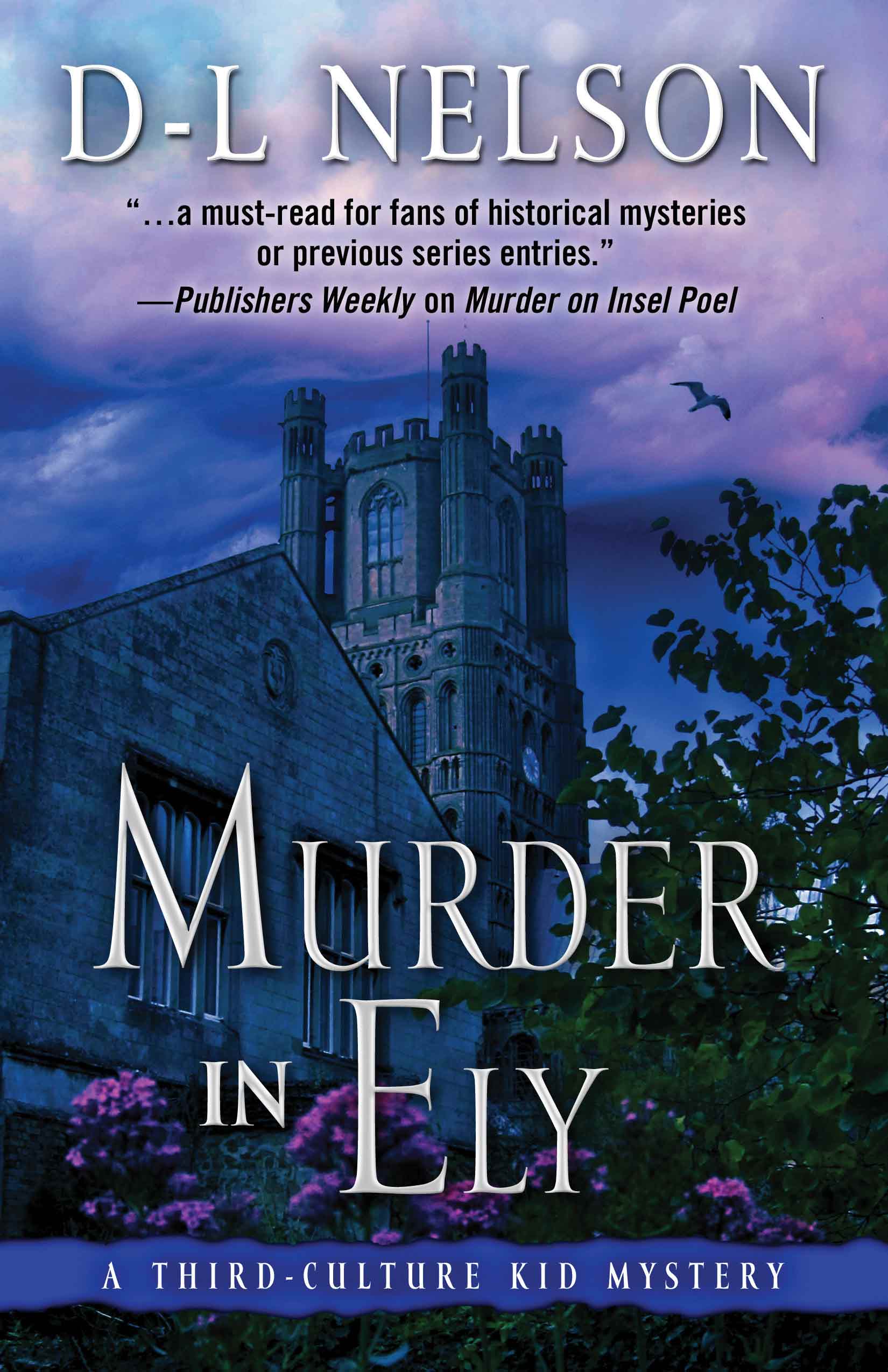 A writer’s visit to Britain lands her in multiple difficulties. Though she’s American by birth, Annie Young-Perret has spent most of her life in Europe. Her language expertise makes her a nice living as a translator, but history is her passion. She and her bridegroom, French police detective Roger Perret, are visiting England for a book signing for Annie’s newly published historical biography and staying with Janet and Rod MacKenzie, their friends in Ely. When Roger suddenly has a heart attack and needs bypass surgery, Annie is happy to have the MacKenzies’ support—until Rod’s partner in their computer business, Simon Bartlett, is found murdered on his boat and Rod is a suspect. To add to her workload, Annie’s publisher has talked her into doing another history novel on St. Etheldreda, and she agrees despite the tight deadline. She loves the research but doesn’t warm to her subject and despairs of finishing. When Rod takes off, the police are sure he killed Simon. So Annie and Janet look for ways to prove his innocence. The Ely murder is bumped from the news by a massive hacking attack that takes down the world banking system. Although Annie and Janet don’t connect Rod and Simon to that incident, a soldier of fortune does and is determined to track down Rod. Annie struggles to get Roger used to the prospect of retirement, support Janet in her attempt to run Rod’s business and finish the book on time—all while dealing with the aftermath of Simon’s murder.